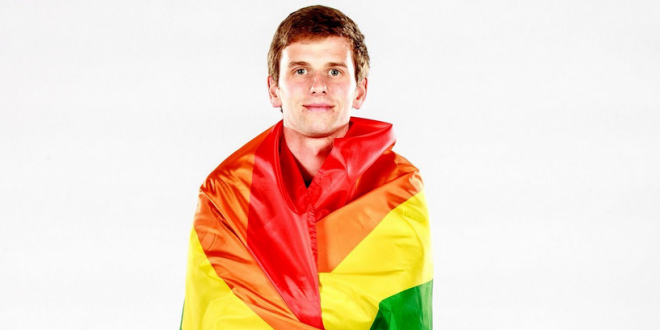 Minnesota United midfielder Collin Martin publicly came out as gay in a social media statement Friday morning, making him the only out athlete currently playing in one of the five major men’s U.S. sports leagues. Martin, 23, is the first male athlete from any of those major leagues to say he is gay since 2014, when Michael Sam came out ahead of the NFL draft. Martin is believed to be the first male athlete from a pro Minnesota team to come out publicly during his career.

“I never thought that was completely important because I thought it’d been done before,” Martin said. “But, I mean, you look around, there’s still not an out professional athlete in the five major sports in America … right now. So it’s still important.”

Robbie Rogers, a former LA Galaxy and U.S. national team winger/defender, was the first openly gay man to compete in one of the top-five leagues after he came out in February 2013. Rogers retired at the end of 2017 after missing the whole season with injuries. Rogers tweeted his support after Martin’s statement.

“I have been out as a gay man for many years to my family and friends, and this includes my teammates. I have played Major League Soccer for 6 seasons: 4 seasons with DC United and 2 seasons with Minnesota United. Today, I’m proud that my entire team and the management of Minnesota United know that I am gay. I have received only kindness and acceptance from everyone in Major League Soccer and that has made the decision to come out publicly that much easier.”

Tonight my team, @MNUFC , is having their Pride night. It’s an important night for me — I’ll be announcing that I am an openly gay player in Major League Soccer. #soccerforall pic.twitter.com/cOJQXfrBiv

The 23-year-old has been out to his club Minnesota United for a year 🏳️‍🌈 https://t.co/SVNI6VObAb

Our hearts are filled with joy today as Collin Martin publicly comes out as a gay man. Collin’s announcement makes him the only active male athlete in the 5 pro leagues in the US to be out as gay. Your courage is inspirational, Collin. https://t.co/iiPOlnVYHR