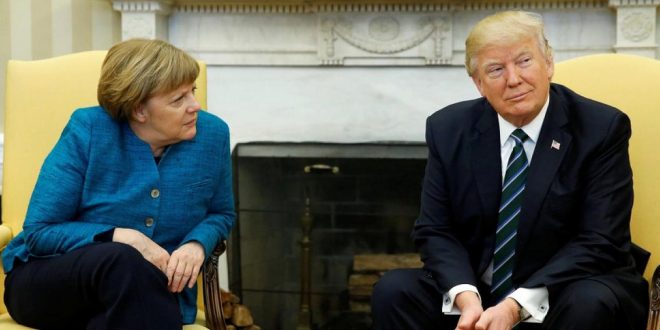 The Pentagon is analyzing the cost and impact of a large-scale withdrawal or transfer of American troops stationed in Germany, amid growing tensions between President Trump and German Chancellor Angela Merkel, according to people familiar with the work.

The effort follows Trump’s expression of interest in removing the troops, made during a meeting earlier this year with White House and military aides, U.S. officials said. Trump was said to have been taken aback by the size of the U.S. presence, which includes about 35,000 active-duty troops, and complained that other countries were not contributing fairly to joint security or paying enough to NATO.

Word of the assessment has alarmed European officials, who are scrambling to determine whether Trump actually intends to reposition U.S. forces or whether it is merely a negotiating tactic ahead of a NATO summit in Brussels, where Trump is again likely to criticize U.S. allies for what he deems insufficient defense spending.