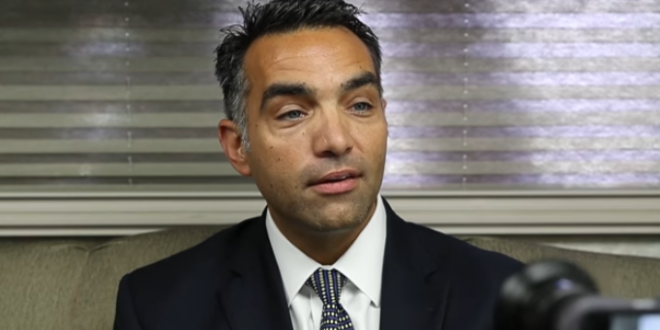 After spending months in limbo, legislation to give legal protection to ministers and religious groups who refuse to participate in same-sex marriages passed in the Ohio House on Wednesday.

House Bill 36, the “Ohio Pastor Protection Act,” would shield licensed ministers and religious societies from any civil or criminal liability if they are unwilling to participate in a gay wedding or host one on their property. The bill would also ban state and local officials from punishing or withholding benefits from ministers or groups that refuse involvement.

The legislation has been stuck in the House Community and Family Advancement Committee since February after a slew of testimony from both supporters and opponents of the measure. Rep. Nino Vitale [photo above], the Champaign County Republican sponsoring the bill, introduced similar legislation last session that went nowhere.

Clergy already have constitutional protections and can choose to not marry someone if it doesn’t conform with their faith, said Alana Jochum, executive director of Equality Ohio. The problem with the bill, she said, is it goes further by including “religious societies,” meaning, for example, a couple could be blocked from accessing a Knights of Columbus hall for a wedding reception.

The bill passed 59-29 over objections from most Democrats. Pastors should have the right to not perform a marriage based on religious beliefs, but she objected to also allowing organizations that rent to the public to turn away the LGBT community, said Rep. Janine Boyd, D-Cleveland Heights. “Do not legalize turning more people away,” she said shortly before the vote.

Vitale is also an anti-vaccine loon.