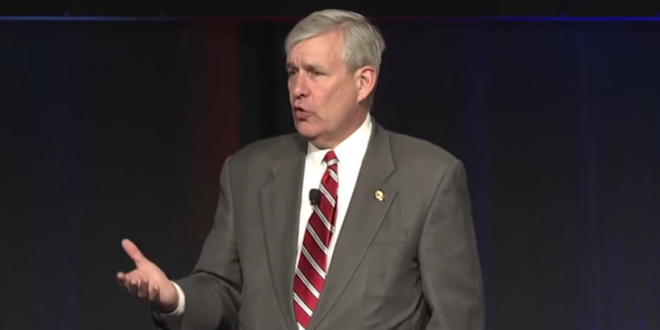 Transgender rights advocates in Ohio are fighting a Republican bill at the state level that would require teachers to “out” transgender students to their parents. Critics say that if the bill becomes law, it would essentially turn educators into “gender cops.”

Proponents of the bill claim it will protect parental rights in the state and allow parents to dictate what is in their child’s best interest.

Ohio House Bill 658 would require government entities, including schools, courts and hospitals, to “immediately” notify parents if a child displays signs of gender dysphoria or “demonstrates a desire to be treated in a manner opposite of the child’s biological sex,” according to the proposal.

The bill was introduced by GOP state reps Tom Brinkman [photo above] and Paul Zeltwanger.

RELATED: In 2003 Brinkman was the only member of the Ohio House to vote against ratifying the 14th Amendment, which grants citizenship to all persons born in the United States, including, at the time of its passage, recently freed slaves. Ohio had rescinded its initial ratification in 1868.