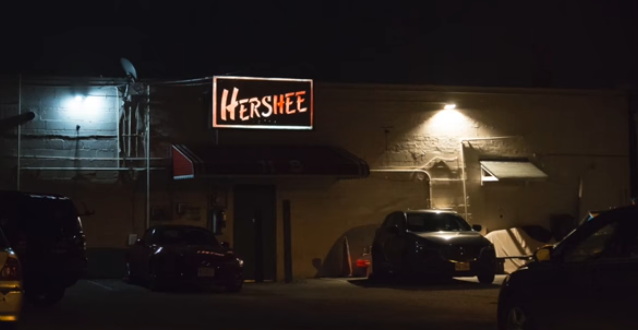 When Franki Busitzky was 18 years old, she hitchhiked down Virginia Beach Boulevard and over to Sewells Point Road to visit a bar meant for people like her. She had just come out as a lesbian to her family, and they didn’t take the news as well as she had hoped. So Busitzky, looking to find others that would accept her, set out for Hershee Bar, the region’s oldest and longest-running lesbian bar.

Twenty years later, the bar is on the precipice of closing after City Council voted in February to purchase the property that houses Hershee Bar, located at 6107 Sewells Point Road, for $1.5 million. On Tuesday night, Busitzky and about 50 others, many wearing rainbow-colored leis and shirts that said “I am Hershee Bar,” appeared before the council in an effort to keep their beloved bar open.

Hit the link for much more. You may need a tissue for the second clip below.

Councilperson McClellan said she’s disappointed because she didn’t know enough about what Hershee Bar was to community, said city needs to do a better job and she probably wouldn’t have voted as she did if she had known.

Franki has been going to Hershee Bar for 20 years. She tells council she has a scar on her face from being attacked for being gay. When she was young, Hershee was the only safe space she had. “You’re going to take away my home. It breaks my heart. Please don’t do that.”

At Norfolk City Council waiting for LGBTQ community members to address council about possible closing of region’s last lesbian bar, Hershee Bar. Councilperson Mamie Johnson, who is behind redevelopment of Five Points neighborhood the bar is located in, is not here.