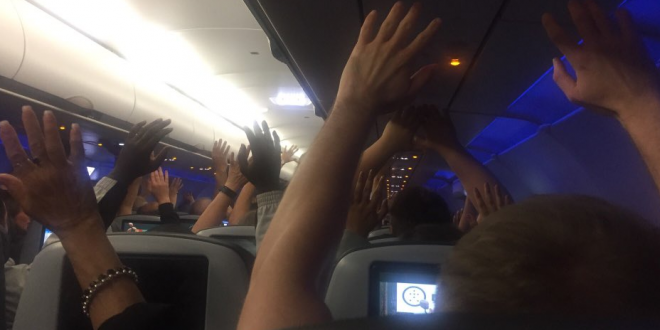 A communications failure sparked a hijacking scare on a JetBlue flight at JFK Airport on Tuesday, setting off a frenzy from first responders over what turned out to be a false alarm.

JetBlue Flight 1623, an Airbus 320 bound for Los Angeles, lost contact with the air traffic control tower while taxiing for takeoff at about 8 p.m. After five minutes passed, the pilot entered a hijack alert by mistake, sending in a Port Authority Police Emergency Services unit to board the plane, sources said.

At one point, the plane’s pilot held up a piece of paper with his cell phone number written on it, so police could call him and find out what happened, sources said. Passengers on the plane tweeted that “heavy armed” police boarded the plane to investigate. The passengers disembarked the plane and were transferred to another flight, sources said.

FAA STATEMENT: @JetBlue 1623, an Airbus A320 aircraft experienced a radio problem while taxiing for departure at @JFKairport at about 8 pm today. The crew asked to return to the terminal. The #FAA will investigate.

Woah. My worst nightmare. @Delta JFK to LAX right now, honestly thought we were going to die. I AM ALIVE THANK GOSH I MEDITATE U GUYS what is going on 😩😩 pic.twitter.com/6RVxy9HC4t