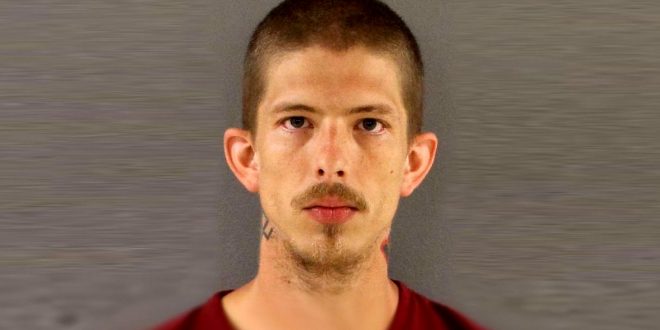 A neo-Nazi who was arrested years ago for parading with a rifle through the streets of a tiny North Dakota town, threatening residents alongside white supremacist Craig Cobb, was arrested over the weekend at a Pride event in Tennessee and charged with assault.

Kynan Dutton was part of an odd mix of extremists protesting Pridefest in Knoxville, Tennessee, that included members of the neo-Confederate League of the South, a smattering of other white nationalists, as well as handful of Black Hebrew Israelites. Many wore camouflage clothing and bandannas to hide their faces, but their affiliations were nevertheless on public display.

While such a varied assortment of white and black nationalists was certainly happenstance –– especially considering their opposition on the grounds of racial identity –– they united under a shared condemnation of homosexuality as a “lifestyle” antithetical to traditional values.

Earlier in the day, Dutton spoke to USA TODAY NETWORK — Tennessee. He identified himself as the leader of the Tennessee National Socialist Movement and spoke about why he showed up to Knox Pridefest.

“There’s pro-white organizations out here for the protesting of this act of sexual deviance and degeneracy that is being promoted upon our youth,” said Dutton. The protesters gathered at the intersection of Summit Hill Drive and Gay Street. They stood at the corner, shouting at parade participants and viewers.

William Raymond, a protester with the group of white nationalist supporters, talked about his duty to the country. “We’re here to support God and do the right thing for our people and country,” said Raymond.