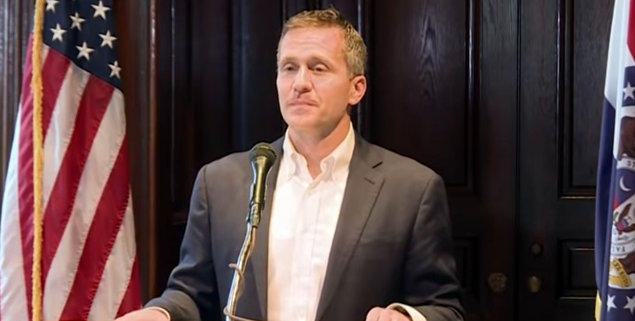 Hours before he was to leave office, Missouri Gov. Eric Greitens on Friday signed into law a measure that makes it a crime to try to blackmail a person using a private sexual image — the same allegation that led to his downfall.

He has acknowledged having the affair but denied criminal wrongdoing and refused to directly answer questions about whether he took the photo. Greitens cannot be charged under the law because it was not in effect at the time. But a special prosecutor still is weighing whether to refile an invasion-of-privacy charge against Greitens under a different law.