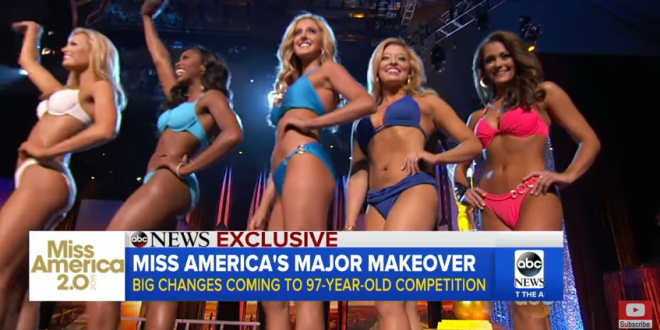 Miss America is scrapping its swimsuit competition and will no longer judge contestants based on physical appearance, the organization announced Tuesday. “We are no longer a pageant,” Gretchen Carlson, the first former Miss America to be named chair of the Board of Trustees of the Miss America Organization, said on “GMA.” “We are a competition.”

In place of the swimsuit portion of the competition, Miss America contestants will now take part in a live interactive session with the judges, according to the organization.

The organization is also getting rid of the evening gown portion of the competition and instead asking contestants to wear attire that makes them feel confident, expresses their personal style and shows how they hope to advance the role of Miss America.

Previous SWATTED: False Claim Of Hostage Situation Draws Massive Police Response To Home Of David Hogg
Next Fox News Apologizes For Implying That Philadelphia Eagles Players Knelt During Anthem (None Ever Did)