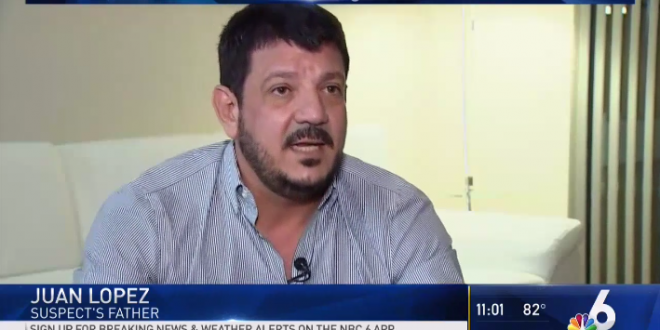 The gay father of one of the men accused of beating a gay couple after Miami Beach’s Pride Parade in April is defending his son, arguing he did not act out of hate toward the LGBT community. Juan Lopez, the father of Juan Carlos Lopez, said that he raised his son along with his partner of 15 years. Lopez said his son and his three friends have never attacked “any gay people.”

“I’m sure 100 percent of that,” he said, adding that his son respects “everybody in this community” and that he “loves LGBT.” Prosecutors filed enhanced hate crime charges, arguing the suspects acted out of “animus” toward the LGBT community. According to police, Rene Chalarca and Dmitry Logunov were standing near public restrooms when they were randomly attacked.