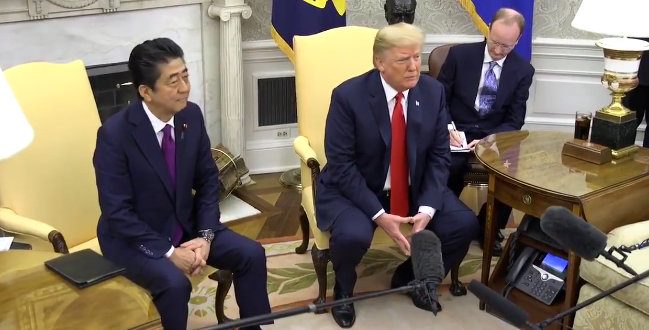 President Trump and Japanese Prime Minister Shinzo Abe are meeting at the White House and holding a joint press conference Thursday, as the date of the U.S.-North Korea summit fast approaches. Speaking to reporters alongside Abe on Thursday, Trump said that the Tuesday summit is still subject to change.

“I think I’m very well prepared,” Trump said of the expected summit. “I don’t think I have to prepare very much. It’s about attitude. It’s about willingness to get things done. But I think I’ve been prepared for this summit for a long time.”

Abe was insistent that Japan will accept nothing less than total denuclearization in North Korea. Trade is also on their agenda Thursday, according to Trump.