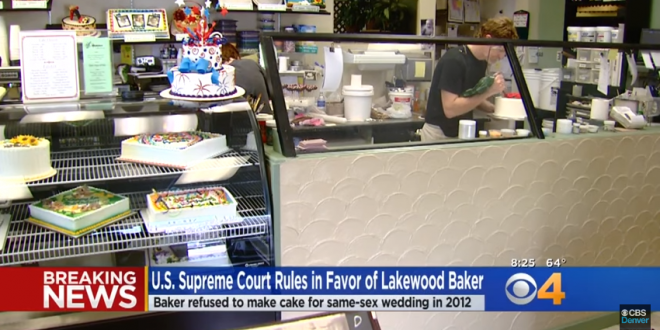 “The Court today has offered dangerous encouragement to those who would deny civil rights to LGBT people and people living with HIV. Religious freedom under our Constitution has always meant the right to believe whatever you wish but not to act on your beliefs in ways that harm others. The Court today alarmingly fails to heed that distinction. Lambda Legal will continue to fight the establishment of evangelical Christianity as the official government religion. We will fiercely resist the coming effort that will seek to turn this ruling into a broad license to discriminate.

“This is a deeply disappointing day in American jurisprudence. Today’s decision should have been a firm, direct affirmance of longstanding equality law. Instead, the Supreme Court has become an accomplice in the right’s strategy to hollow out one of its finest achievements, the right to equal marriage, and create what Justice Ginsberg memorably termed ‘skim milk marriages.’ We will continue to fight in every arena and in every court until LGBT people and people living with HIV have full equality under the law in every aspect of our lives. We deserve no less.”