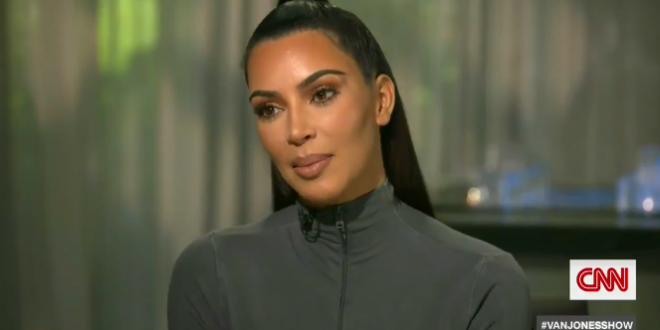 While she’s not signing up for a career in politics just yet, Kim Kardashian West hasn’t ruled out running for public office in the future.

In an interview with CNN’s Van Jones, the reality TV star talked about her experience in lobbying for Alice Marie Johnson’s clemency from he life sentence she was serving for a first-time drug offense.

Pressed by Jones if she would consider running for office, Kardashian West left the door open. “I guess never say never. But that’s not going to be like, ‘Kim’s running,'” she replied. “That’s not where I am.”

“I guess never say never. But that’s not going to be like, Kim’s running. That’s not where I am,” she says https://t.co/2VVNf9PLoQ pic.twitter.com/eeKiDX6Xdr