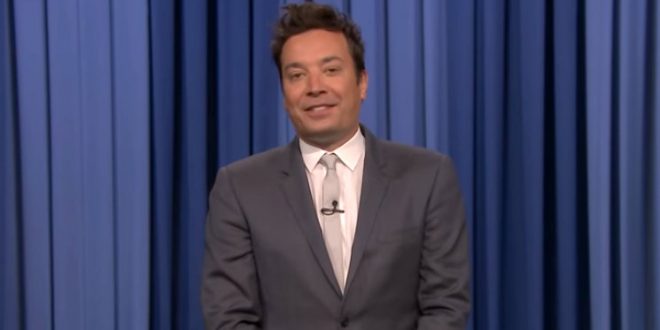 Fallon: Trump Lied About Me Calling Him [VIDEO]

“As you may have heard, the President of the United States went after me on Twitter. So Melania, if you’re watching, I don’t think your anti-bullying campaign is working. He said I called and said, ‘Monster ratings.’ First of all, I’ve never called this human in my life. I don’t have his number, I don’t want his number. I’ve never said ‘monster ratings.’ I don’t know what he’s talking about. By the way, Donald, I don’t know if you’ve seen my ratings the past two years, you didn’t help my ratings. But, really, thanks a lot. Thanks for nothing.” – Jimmy Fallon, speaking on last night’s show.