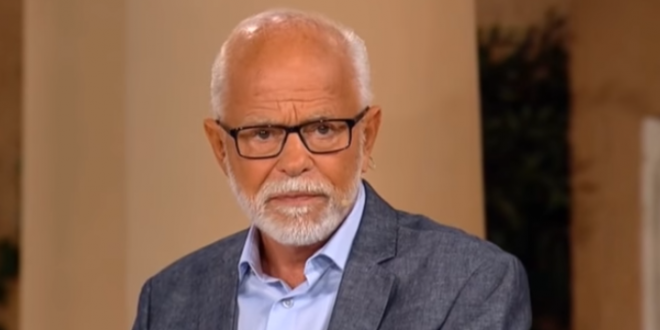 Jim Bakker: God Personally Told Me He Made Trump The President To Prepare Us For The End Times [VIDEO]

“This is what He told me. He said, ‘Donald Trump is a respite in this troubled times and I sent him in grace to give you time to prepare for what’s coming on earth’. God has given us a man who is not afraid to fight. We have a president people think is crazy. They call him crazy, but he’s making peace treaties, he’s doing all the things to try to solve the world’s problems and God has put him on earth. God spoke to me the other night. He said, ‘I put Donald Trump on earth to give you time, the church, to get ready.’” – Multiple felon scamvangelist Jim Bakker, speaking on yesterday’s show.