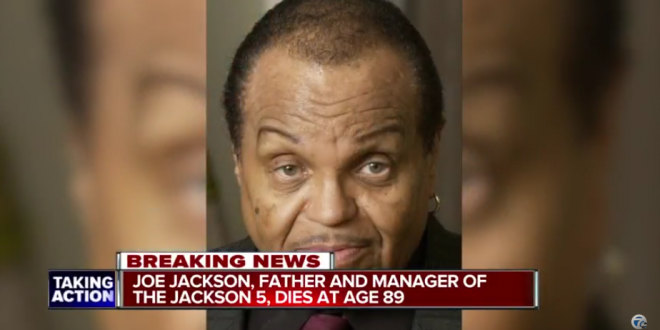 Joe Jackson, the music manager and father of 11, died early Wednesday morning, TMZ reports. He was 89. The Jackson family patriarch had been battling terminal pancreatic cancer and was “not doing well” as of late, a source previously told PEOPLE.

In 1963, Joe noticed his children’s musical talents after he discovered son Tito’s guitar talents. Soon after, Joe served as the manager for The Jackson Brothers, a band formed by sons Jackie, Tito and Jermaine. Then in 1965, Marlon and Michael joined the group and renamed themselves The Jackson 5 in 1966.

Anchored by a 7-year-old Michael, The Jackson 5 found immediate success, becoming the first American group to have four singles land the top spot on the Billboard Hot 100 chart. Soon after, Joe moved the entire family from Indiana to California. In 1968, Joe signed a Motown contract—without reading it—that gave the company ironclad control over everything recorded by The Jackson 5, a move that cost the family millions. Michael fired his father as manager in 1983.