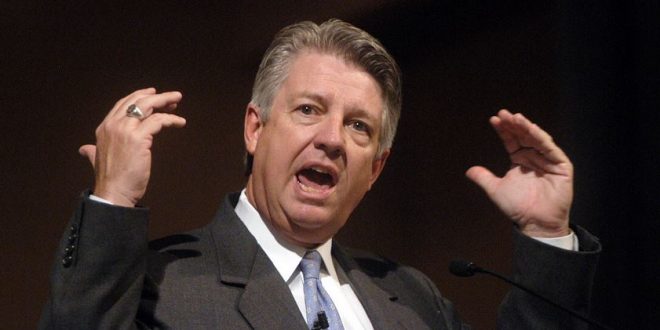 Pastor Jack Graham of the Prestonwood Baptist Church received a $50,000 personal donation from Ivanka, who earned $82 million in outside income with her husband Jared Kushner in 2017, while both were working in the White House.

Prestonwood has a long history of anti-LGBT activism. In 2014, Graham worked to repeal a non-discrimination ordinance in Plano, Texas. In 2015, Graham lashed at out the Supreme Court for marriage equality.

Graham said the donation was received after he sent a tweet reading, “We @Prestonwood are currently working to provide solutions to care for children during this terrible immigration crisis. Our Espanol ministry let by Gilberto Corredera is stepping up to the challenge to express the love of Jesus. We are broken-hearted and determined to act.”

NBCDFW reports Pastor Graham said the donation was not expected but he wasn’t surprised by her generosity. He added, “In the midst of all this political division… God’s people can show love and compassion and help, which is what we want to do.”

Graham reacted to the Obergefell ruling by calling for “massive civil disobedience” by Christians. He was president of the Southern Baptist Convention from 2003-2004 and his Plano megachurch claims 38,000 members. He is unrelated to the more infamous Graham family.

Previous Democrats Celebrate Anniversaries Of Obergefell, Windsor, And Lawrence Rulings For LGBT Civil Rights
Next Sinclair Airs “Must Run” Interview With Sanders, Who Is Being Victimized By The “Despicable” Media [VIDEO]