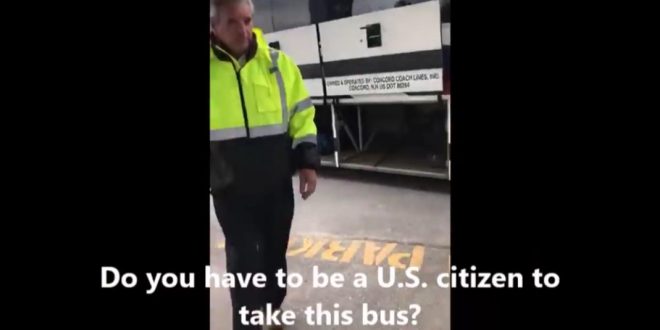 ICE Tells Bus Riders They Must Be US Citizens To Board

A bus driver for Concord Coach Lines was filmed falsely telling passengers lined up to board that they must be U.S. citizens to ride the bus. The ACLU of New Hampshire posted this video to Facebook of the driver in Concord, Maine, along with federal ICE agents intimidating passengers.

In the video, passengers wisely refuse to answer the ICE agent’s questions about their citizenship, and question and mock the driver’s claim. “I doubt that,” passengers can be heard telling the driver who very confidently insisted only American citizens were allowed to ride the bus. ICE agents in the video are seen asking passengers if they are U.S. citizens.