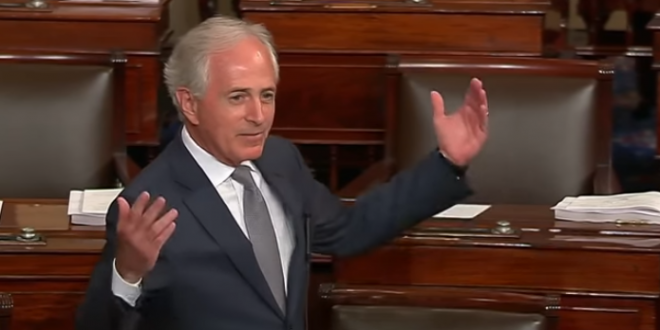 GOP Senator: Our Party Has Become The Trump Cult

Sen. Bob Corker lashed out again Wednesday at his fellow Republicans, saying the GOP had become almost like a cult in its support of President Donald Trump. “We are in a strange place,” the Tennessee Republican and chairman of the Senate Foreign Relations Committee told reporters in Washington.

“It’s almost, it’s becoming a cultish thing, isn’t it? It’s not a good place for any party to end up with a cult-like situation as it relates to a president that happens to be of, purportedly, of the same party.”

Corker, who is retiring from the Senate when his current term ends in January, later tempered his remarks by saying it’s not fair to make that criticism of every member of his party because some GOP lawmakers are willing to stand up to Trump.