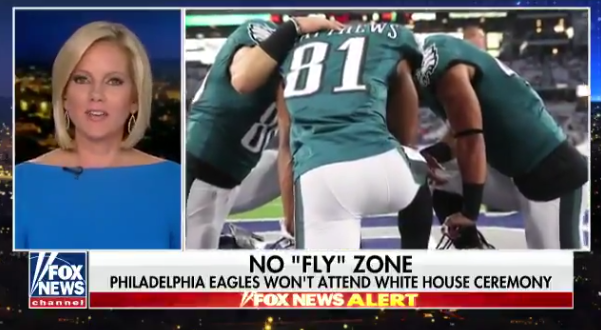 After President Donald Trump falsely implied that players of the Philadelphia Eagles protested during the national anthem, Fox News aired a segment that furthered Trump’s lie.

At 10:55 p.m. on June 4, Trump tweeted that a planned White House event with the Eagles was canceled, writing, “Staying in the Locker Room for the playing of our National Anthem is as disrespectful to our country as kneeling.”

This can’t be serious…. Praying before games with my teammates, well before the anthem, is being used for your propaganda?! Just sad, I feel like you guys should have to be better than this… https://t.co/kYeyH2zXdK