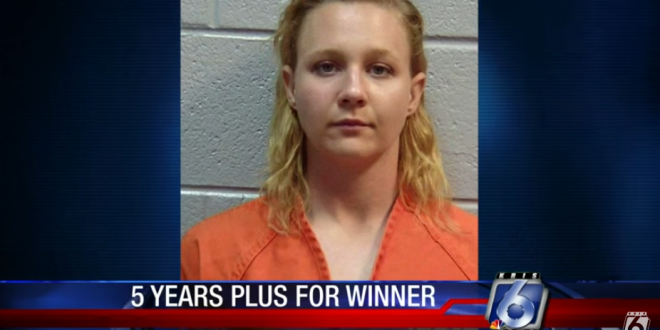 Reality Winner, the first person to be prosecuted by the Trump administration for leaking sensitive government information, pleaded guilty Tuesday to sending to the news media a top-secret National Security Agency report about Russian meddling in the 2016 presidential election.

Her plea agreement calls for her to serve five years and three months behind bars, though she will be sentenced at a later date. “All of these actions I did willfully, meaning I did them of my own free will,” she told the court.

The Intercept, an online publication that specializes in national security coverage, published an article based on the report, saying Russian military intelligence sent spear-phishing emails to more than 100 local election officials and launched a cyberattack against a Florida-based voting software supplier that contracts in eight states.

Previous Sinclair Airs “Must Run” Interview With Sanders, Who Is Being Victimized By The “Despicable” Media [VIDEO]
Next Bloomberg Mulls 2020 Presidential Bid As Democrat