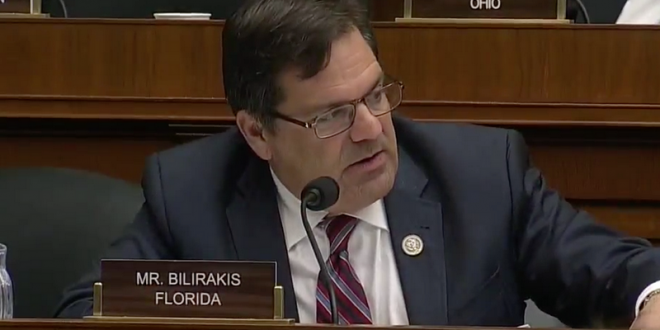 U.S. Rep. Gus Bilirakis, R-Palm Harbor, is campaigning for a seventh term in Congress and on June 9 he’s holding his first-ever Women’s Summit, pitched as “an opportunity for women to learn about relevant topics that have a direct impact on their lives.” So what are the critical issues facing women that Bilirakis will highlight in breakout sessions? Gardening, weight loss and “a woman’s guide to financial planning,” according to the event flier.

Chris Hunter, the leading Democrat who quit his job as a prosecutor with the U.S. Attorney’s Office in Tampa to run, called the summit “a shameless election year stunt” given Bilirakis’ record on women’s issues. In 2013, Bilirakis voted against reauthorizing the Violence Against Women Act, which funds programs for victims of domestic and sexual abuse. In 2009, he voted against the Lily Ledbetter Fair Pay Act, which allows more time for women to file pay discrimination lawsuits.

Previous Coming Soon: Documentary Series On Elizabeth Taylor
Next Pruitt Spent $1560 On 12 Pens With His Signature