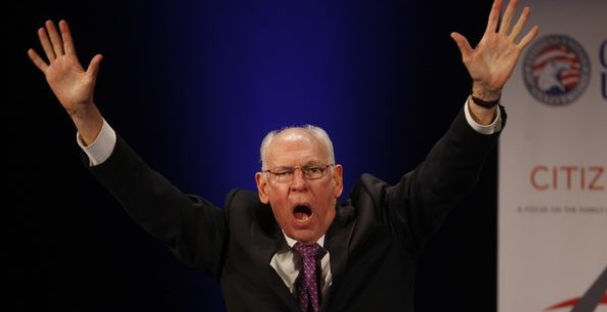 Ted Cruz’s Father: SCOTUS Destroyed The Family When They Legalized Marriage Between Two Men And A Horse

“Let me tell you another two words that are not in Article 1, Section 8: The word ‘marriage’ or the word ‘family.’ That decision of the Supreme Court on June 26 of 2015, where they said that God got it wrong and marriage was not just between one man and a woman, it could be between two men and a horse. But basically, that decision was much more than same-sex marriage, it was, at the heart of it, the destruction, or the attempt to destroy, the traditional family.” – Rafael Cruz, who probably killed JFK, speaking at a rally for loony US Senate candidate E.W. Jackson.

Previous Melania’s Spox On Whether Stormy Is Believed: “Mrs. Trump Has Never Discussed Anything With Mr. Giuliani”
Next NRA Spox Dana Loesch: Third-Wave Feminists Wouldn’t Know What Masculinity Was If It Hit Them In The Face