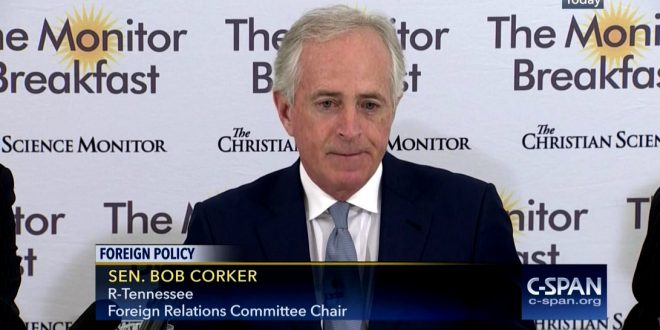 Sen. Bob Corker (R-Tenn.) introduced a bipartisan bill Wednesday that would give Congress new authority to check the president’s trade moves, going forward with the legislation after rebuffing a personal appeal from President Trump to back off. Corker’s bill would require congressional approval when the president enacts tariffs under the auspices of national security, as Trump did last week in imposing levies on aluminum and steel imports from Canada, Mexico and the European Union.

Trump attempted Wednesday to stave off the legislation. Corker, the chairman of the Senate Foreign Relations Committee who’s not seeking reelection, said the president called him Wednesday morning and asked him not to file the bill. But Corker rebuffed Trump’s request. “’I’m a United States senator, and, you know, I have responsibilities, and I’m going to continue to carry them out,’” Corker said he told Trump.