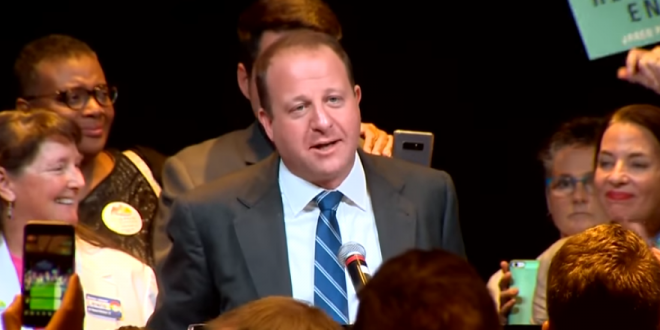 Jared Polis claimed the Democratic nomination for governor in Colorado with a clear victory Tuesday after he spent $11 million of his own fortune to vanquish three rivals.

The five-term Boulder congressman would become the nation’s first openly gay man elected governor if he wins in November, and his candidacy represents a sharp leftward shift that will test whether Colorado is a true-blue state.

Polis ran a campaign aimed at diehard Democrats with promises to implement all-day pre-school and kindergarten for every child and a single-payer, Medicare-for-all health care system in Colorado – both of which were ballot initiatives rejected by voters in prior elections.

The first out gay man to be a major party’s guberatorial nominee was Maine’s Mike Michaud, who won the Democratic nomination, unopposed, in 2014, after coming out the previous year. He lost the general election to incumbent Paul LePage, an intensely anti-LGBT Republican, in a close race.

Kate Brown, who is bisexual, broke the state-level rainbow glass ceiling when she became governor of Oregon in 2015, following Gov. John Kitzhaber’s resignation; Oregon has no lieutenant governor, so as secretary of state she succeeded him. She was elected in her own right in a special election in 2016 and is running for reelection this year.

Jim McGreevey, the former governor of New Jersey, wasn’t out when elected, and when he came out as gay in 2004, he immediately resigned, having admitted to an extramarital affair.