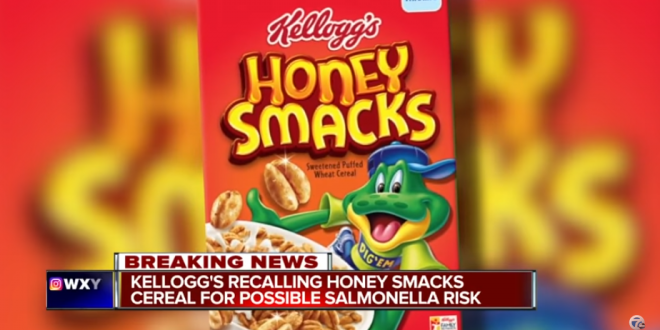 A salmonella outbreak linked to Kellogg’s Honey Smacks cereal has sickened 73 people in 31 states, according to federal health officials, prompting a recall of some of the product this week. As of Thursday, 24 people had been hospitalized, but no deaths had been reported.

It was the second salmonella outbreak in food in the United States in about a month. In May, 60 people were sickened from the disease; last week the C.D.C. linked their illnesses to pre-cut watermelon, honeydew melon, cantaloupe and mixed fruit in Georgia, Illinois, Indiana, Kentucky, Michigan, Missouri, North Carolina and Ohio.