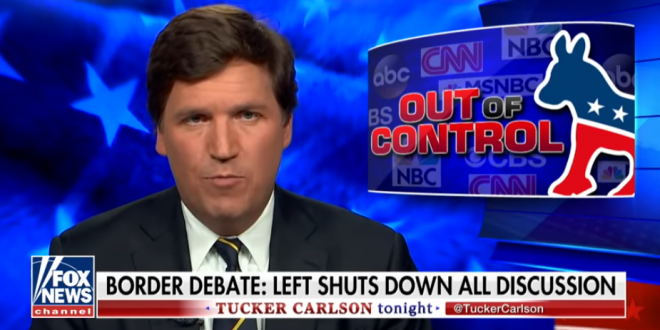 Tucker Carlson took aim at his cable news rivals yet again Thursday night over their coverage of the Trump administration policy that separated migrant children from their families at the border. “They seemed hysterical, crazed, nihilistic,” Carlson said of recent coverage from cable news pundits on MSNBC and CNN. “Something had changed, it was creepy.”

Carlson played Rachel Maddow‘s attempt to deliver the news, suppressing tears on her MSNBC show, of the “tender age” migrant shelters for babies. “What you’re watching there is propaganda,” the Fox News host said. “Over time it’s effective, and of course that’s why they do it.”