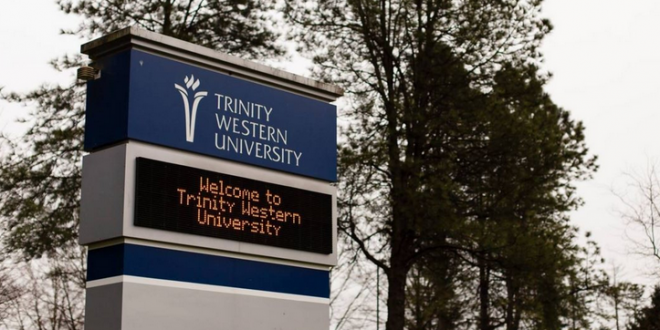 Trinity Western University has lost its legal battle for a new evangelical Christian law school, with a Supreme Court of Canada ruling today that calls it “proportionate and reasonable” to limit religious rights in order to ensure open access for LGBT students.

In a pair of 7-2 rulings, the majority of justices found the law societies of British Columbia and Ontario have the power to refuse accreditation based on TWU’s so-called community covenant. The mandatory agreement binds students to a strict code of conduct, including abstaining from sex outside of heterosexual marriage.

The majority judgment said the covenant would deter LGBT students from attending the proposed law school, and those who did attend would be at risk of significant harm. It found the public interest of the law profession includes promoting equality by ensuring equal access, supporting diversity within the bar and preventing harm to LGBT students.

Previous UTAH: Provo Relents On Allowing LGBT Groups In July 4th Parade After Threat To Public Funding [VIDEO]
Next Graham: If You Don’t Like Me Working With Trump To Make The World A Better Place, I Don’t Give A Shit