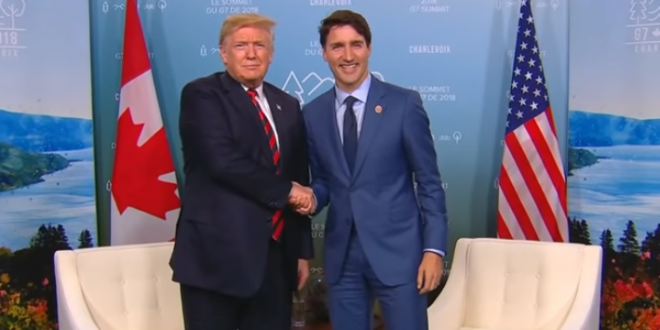 Canada’s House of Commons on Monday unanimously condemned the personal attacks on Prime Minister Justin Trudeau by U.S. President Donald Trump and his surrogates as the famously polite nation simmered over the weekend broadsides by its U.S. ally.

Lawmakers gave unanimous consent for a motion backing Canadian steel and aluminum, hit by U.S. tariffs, as well as the supply management system that supports key agriculture sectors, and gave a standing ovation for the government’s response to the Trump administration’s verbal attacks on Trudeau. The motion in parliament, introduced by the opposition New Democrats, rejected “disparaging ad hominem statements by U.S. officials which do a disservice to bilateral relations.”

The purely symbolic vote of solidarity came a day after White House trade adviser Peter Navarro said: “There is a special place in hell” for Trudeau for his “bad faith diplomacy” with Trump, as a dispute over trade escalated.