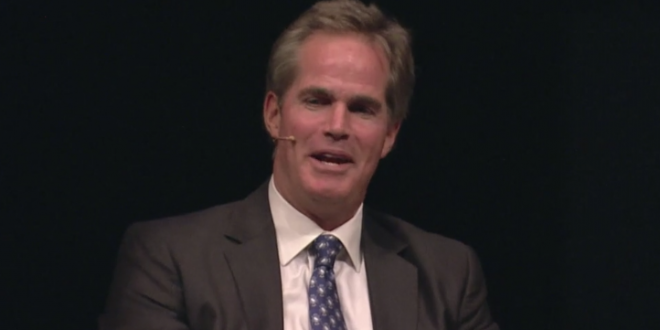 In a column denouncing the pending California bill which would ban ex-gay torture for adults under fraud laws, today Breitbart interviews Joseph Nicolsi Jr., the son of NARTH founder Joseph Nicolosi, who dropped dead last year at the age of 70. An excerpt:

Nicolosi is a licensed clinical psychologist who runs the largest reparative therapy clinic in the world. He told Breitbart News that his clinic uses evidence-based treatment interventions, the same interventions used by other clinics throughout the world, to treat trauma and sexual addictions.

Dr. Nicolosi said limiting people’s legitimate options for ideological reasons is a textbook case of political overreach. “Sacramento politicians want to deny the people of California the freedom to find joy in living consistently with their values, including as they relate to their sexuality,” he said.

In 1997, the National Association for Research and Therapy of Homosexuality (NARTH) conducted a survey of 882 patients who underwent reparative therapy seeking to modify their sexual orientation. Nearly half of the patients (47 percent) experienced a significant change in their sexual attraction. Among patients who self-identified as “exclusively homosexual” before treatment, 18 percent self-identified as exclusively heterosexual following therapy, while 17 percent identified as almost entirely heterosexual and 12 percent as more heterosexual than homosexual.

The current power play is reminiscent of a similar political move in 1973 that eliminated homosexuality from official lists of psychological disorders not because of any scientific discovery that changed the opinion of the medical profession, but because of political pressure from gay-rights activists to reclassify homosexuality as “normal.”

The above-linked column was written by former Catholic priest Thomas D. Williams [photo above], whom you may recall was a regular media bloviator on morality until he was exposed in 2012 for having fathered a child, which is supposedly a no-no for priests. Williams later married the mother after resigning in disgrace from the Legionnaires Of Christ, a far-right Catholic outfit whose founder was banished by the Vatican in 2006 after he was exposed for sexually abusing young priests. Williams now runs Breitbart’s Rome bureau.

RELATED: In 2010 Family Research Council co-founder George Rekers resigned from NARTH’s board of directors after he was busted in the Miami airport as he returned from a European vacation with a young Latino prostitute he’d hired on Rentboy.com. Rekers famously claimed to have hired the man to “lift his luggage” even though Rekers was photographed in the airport carrying his own suitcases. The escort revealed to the New York Times that he had given Rekers nude “sexual massages” during their trip. Previous KENTUCKY: Rand Paul Disappointed After Neighbor Sentenced To 30 Days In Prison For Assault [VIDEO]
Next ICE Tells Bus Riders They Must Be US Citizens To Board