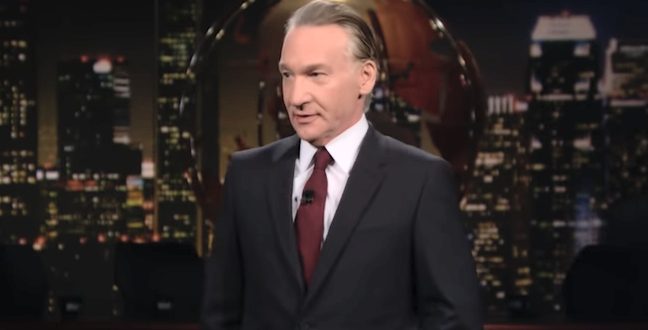 Bill Maher: Roseanne’s Tweets Were So Full Of Racism And Conspiracies That They Bordered On Presidential

“Roseanne will always be my friend but her world came crashing down this week with a series of tweets she put out on Tuesday that were so full of racism, conspiracy theories and personal attacks they were described as abhorrent bordering on presidential. Roseanne has said she has multiple personalities – and unfortunately one of them is quite a racist. It’s also not a mystery to me how a person with mental illness could be taken in by a party that has lost its mind.” – Bill Maher, speaking last night on his HBO show.