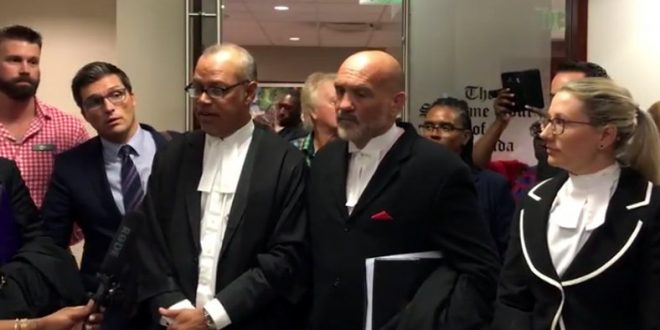 Gay couples will once again be able to marry in Bermuda, after the Supreme Court this morning upheld a constitutional challenge against the Domestic Partnership Act.

Chief Justice Ian Kawaley, delivering his judgment before a packed courtroom, said the sections of the Act which revoked the right to same-sex marriage were invalid because they were inconsistent with provisions in the Constitution which give the right to freedom of conscience and creed.

The ruling won’t come into effect immediately. The Chief Justice agreed to an application by the Attorney-General for a six-week stay to allow the Government to decide whether to appeal. Today’s decision comes after a court battle fought by gay Bermudians Rod Ferguson and Maryellen Jackson and the charity OutBermuda.

Bermuda had been only second place in the world to undo same-sex marriage rights. California was the first. You may recall that NOM’s Brian Brown had taken credit for the repeal back in February.