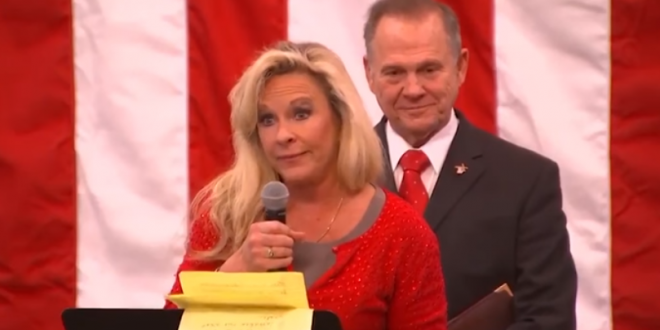 Kayla Moore vociferously defended her husband in multiple public appearances during the build-up to the December general election. She also found herself at the center of a controversy of her own in December, when she drew intense criticism for saying that “one of our attorneys is a Jew” as part of an effort to deflect claims that her husband is anti-Semitic and racist.