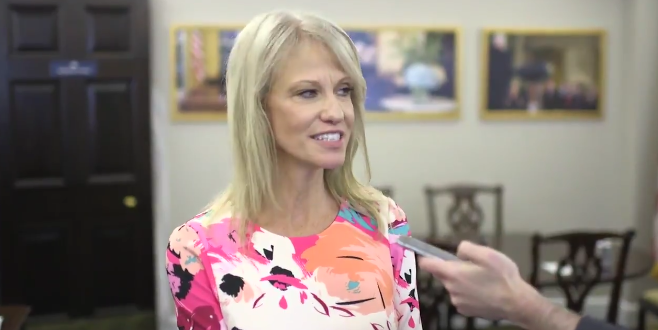 The White House on Thursday poked fun at President Trump’s infamous “covfefe” tweet in a video weighing in on a viral internet debate. The video asked several White House staffers to weigh in on an audio clip that has divided the internet. The audio went viral earlier this week, with some saying they hear “Laurel” in the clip and others saying they hear “Yanny.”

Senior aide and first daughter Ivanka Trump, counselor Kellyanne Conway and press secretary Sarah Huckabee Sanders were among those that appeared in the video. The staffers also used the video to make fun of their own reputations within the administration. “It’s Laurel,” Conway said, “but I could deflect and defer to Yanny if you need me to.”

Previous MIAMI: Man Wounded By Police After Ranting About Trump And Firing Gun In Lobby Of Trump Doral Resort
Next Giuliani Claims Mueller Has Limited Scope Of Trump Interview To Two Topics, Won’t Ask About Cohen