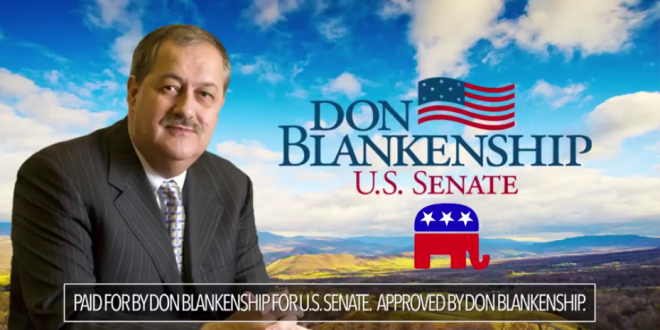 Republicans are panicking as internal polls show Don Blankenship, a coal baron who spent time in jail for a mining disaster that killed 29 workers, surging into the lead in the West Virginia Senate GOP primary over Attorney General Patrick Morrissey and Congressman Evan Jenkins.

The results of an internal campaign poll conducted for one rival Senate campaign on Saturday and Sunday were: Blankenship 31 percent, Jenkins 28 percent, Morrissey 27 percent.

"I'm neither despicable, mentally ill, a moron or a bigot," Blankenship says.

"He recommended that people vote for a guy accused of pedophilia," Blankenship says of Trump. He says his accusers are Obama and Hillary

Blankenship responds to Trump: “Tomorrow, West Virginia will send the swamp a message—no one, I mean no one, will tell us how to vote. As some have said, I am Trumpier than Trump and this morning proves it.” https://t.co/FWJTWxL9zt

Previous House Majority Leader Kevin McCarthy: The GOP Will Hold The House Because Americans Are Too Smart
Next Randy Rainbow: Rudy And The Beast [VIDEO]