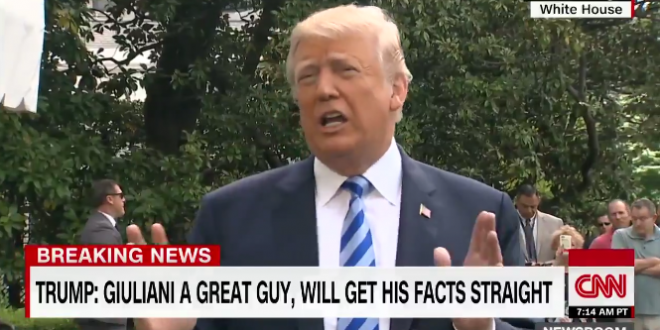 Once he arrived at Joint Base Andrews, Trump again defended Giuliani to reporters, saying he’s a “special guy” who is just beginning on the job. “When Rudy made the statements — Rudy is great — but Rudy had just started, and he wasn’t totally familiar with everything,” Trump said.

Good lord. Trump Threw Rudy under the bus A SECOND TIME before hoping on the plane https://t.co/4hwmrwXZ9u pic.twitter.com/JRIZNYY1lW

Trump throws Giuliani under the bus, saying he hasn’t changed his story on Stormy Daniels, but Giuliani was not familiar with everything when he made certain statements.