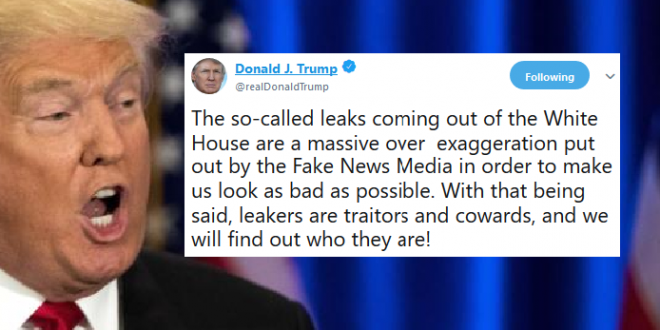 Trump’s tweet comes as the White House continues to face major criticism because Sadler said that McCain’s opposition to CIA Director nominee Gina Haspel is irrelevant because he’s “dying anyway.” Critics are demanding an apology from the over those insensitive remarks, and yet, the White House has dug in with their position that the leak of Sadler’s comments is more problematic than what she said about the ailing Arizona senator.

The so-called leaks coming out of the White House are a massive over exaggeration put out by the Fake News Media in order to make us look as bad as possible. With that being said, leakers are traitors and cowards, and we will find out who they are!