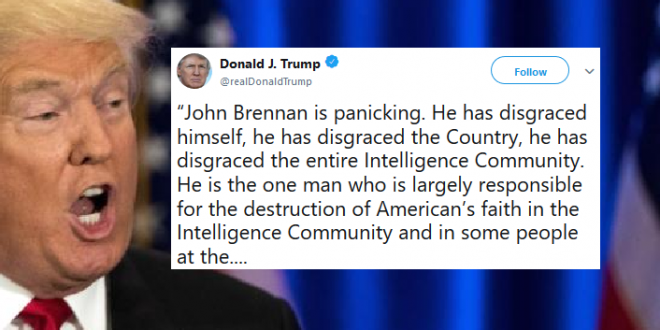 President Trump on Monday shared a quote from a former Secret Service agent and conservative commentator, Dan Bongino, who slammed former CIA director John Brennan. While Trump was using Bongino’s comments, he added in his own commentary by labeling the controversial dossier as “phony.” The president appeared to be loosely quoting Bongino from an appearance he made early Monday on “Fox & Friends.”

…they then used to start an investigation about Trump. It is that simple. This guy is the genesis of this whole Debacle. This was a Political hit job, this was not an Intelligence Investigation. Brennan has disgraced himself, he’s worried about staying out of Jail.” Dan Bongino