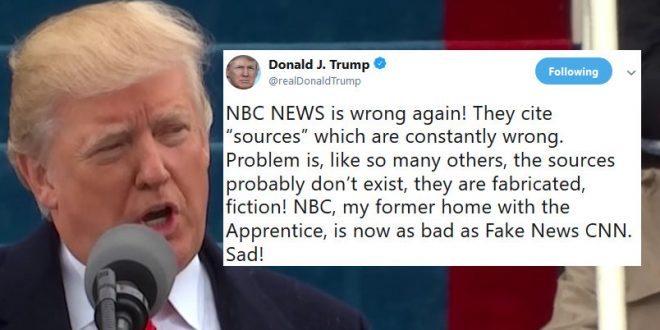 President Donald Trump crowed Friday morning that “NBC NEWS is wrong again” after the network was forced to issue a correction on reporting that initially said Trump’s longtime personal attorney had been the subject of a federal wiretap.

NBC NEWS is wrong again! They cite “sources” which are constantly wrong. Problem is, like so many others, the sources probably don’t exist, they are fabricated, fiction! NBC, my former home with the Apprentice, is now as bad as Fake News CNN. Sad!