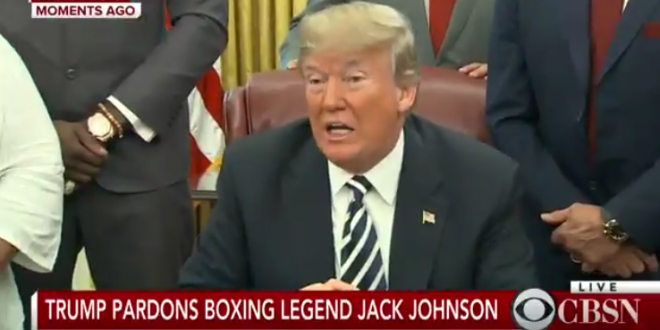 Trump had said he was considering a pardon in April, when he announced on Twitter that the actor Sylvester Stallone, a friend of his, had called to bring Johnson’s story to his attention.

“His trials and tribulations were great, his life complex and controversial,” Trump wrote from his Mar-a-Lago club in Florida. “Others have looked at this over the years, most thought it would be done, but yes, I am considering a Full Pardon!”