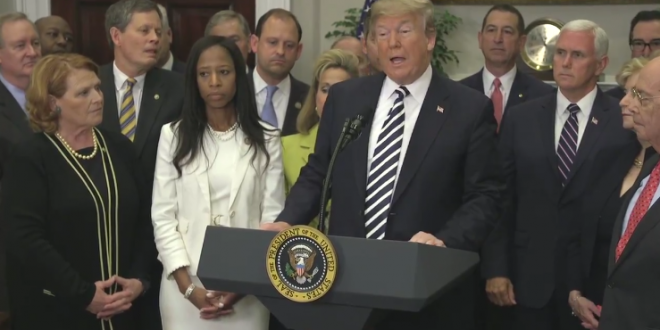 In a dramatic diplomatic setback, President Trump on Thursday abruptly pulled out of his scheduled nuclear summit with North Korean leader Kim Jong Un with a letter to Kim blaming recent harsh statements from officials in Pyongyang.

About two hours later, speaking at the White House, Trump called the cancellation “a tremendous setback for North Korea and, I believe, for the world,” but left open the possibility that the meeting could still take place or be rescheduled.

“If and when Kim Jong Un chooses to engage in constructive dialogue and actions, I am waiting,” Trump said, adding that U.S. sanctions would continue in the meantime.

I have decided to terminate the planned Summit in Singapore on June 12th. While many things can happen and a great opportunity lies ahead potentially, I believe that this is a tremendous setback for North Korea and indeed a setback for the world… pic.twitter.com/jT0GfxT0Lc