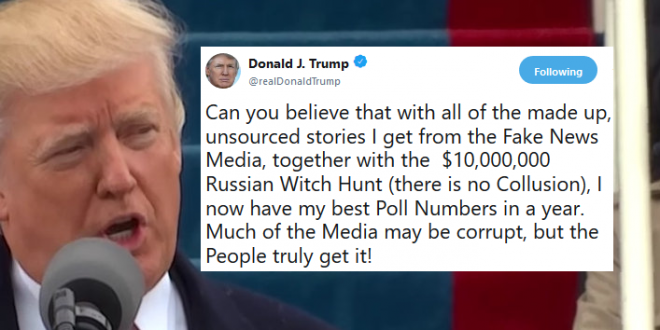 The White House has oscillated in recent days between slamming stories in the media for relying on unauthorized leaks and declaiming the stories themselves as fake or lacking sources.

The president has consistently insisted that his campaign did not collude with Russia during the campaign, though Mueller’s investigation has expanded beyond that question — much to Trump’s frustration.

Can you believe that with all of the made up, unsourced stories I get from the Fake News Media, together with the $10,000,000 Russian Witch Hunt (there is no Collusion), I now have my best Poll Numbers in a year. Much of the Media may be corrupt, but the People truly get it!