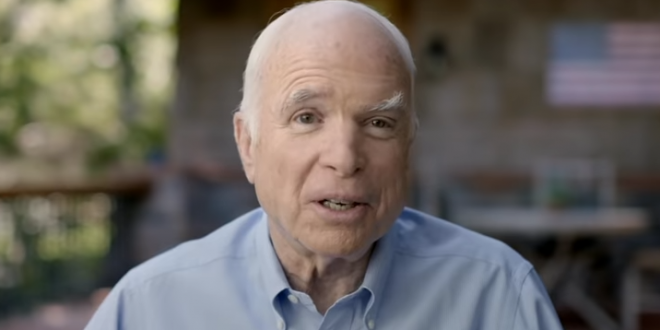 TRAILER: John McCain: For Whom The Bell Tolls

Senator John McCain takes a parting shot at Washington politics in the trailer for the new HBO documentary about his life, “John McCain: For Whom the Bell Tolls.” “We need to give the American people what they deserve and right now they’re not getting it,” the Arizona Republican says in the teaser.

“I’ve been tested a number of occasions. I haven’t always done the right thing. But you will never talk to anyone that is as fortunate as John McCain,” said McCain, a Vietnam veteran and one-time presidential candidate who was recently diagnosed with brain cancer.

The documentary features interviews with several former presidents. Bill Clinton applauded how McCain was always able to “break the mold” if it was “the right thing to do,” calling that an “invaluable commodity.”

The film debuts on Memorial Day, May 28th.