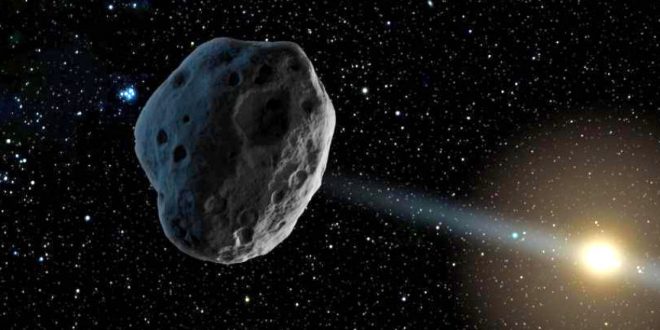 Asteroid 2010 WC9 will pass relatively close to Earth at 6:05 p.m. EST Tuesday, passing within 126,419 miles of the planet, or about half the distance from Earth to the moon, according to NASA.

“Asteroids this size approach about this close about once every decade or so, on average,” Paul Chodas, manager of the Center for Near Earth Object Studies at NASA’s Jet Propulsion Laboratory told the Canadian Broadcasting Corporation. “So it’s a fairly rare event, a special opportunity, a chance to observe it scientifically.”

First discovered in 2010 by the Catalina Sky Survey in Arizona, the fast-moving asteroid will be visible to those with a small telescope. The asteroid will be moving at a speed of about 28,655 miles per hour when it shoots past the Earth and is the closest this particular asteroid has passed Earth in 300 years, according to EarthSky.

Very close asteroid encounter today https://t.co/jMa7tyhf2F
It’s a one of the closest approaches ever observed of an asteroid of this size. pic.twitter.com/1Us0Egz4hQ

A gigantic asteroid is expected to fly by earth at 28,655 miles per hour today https://t.co/WUNWOCRu4z