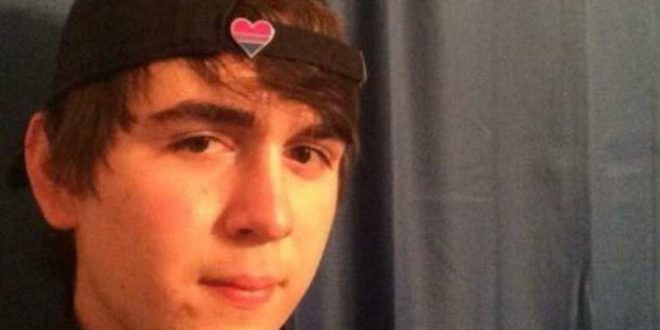 The gunman who allegedly opened fire at a high school in Texas on Friday morning has been identified. Police sources told CBS News that the shooter is 17-year-old Dimitrios Pagourtzis. Police believe he is a student at Santa Fe High School.

He allegedly began his shooting spree around 7:45 a.m., killing at least 10 people and wounding a dozen more — a majority of whom were students — on the school’s campus. Police said he was armed with an AR-15 style rifle, a pistol, a shotgun and pipe bombs.

On April 30, Pagourtzis posted a photo to Facebook of a t-shirt with the words, “Born to Kill” written across it. CW39 reports that witnesses saw the Santa Fe High School suspect wearing a “Born to Kill” t-shirt and “army boots.” Those witnesses added that the suspect is “quiet” and “kept to himself.”

According to his now-deleted Facebook page, Pagourtzis is in the 11th grade at Santa Fe High School. Also on that page, Pagourtzis promoted a YouTube channel under the pseudonym Comma Kazi. The channel features three uploaded videos of various rap songs. The last update came in 2013.

NEW: The name of the Santa Fe High School shooter in custody is 17-year old Dimitrios Pagourtzis, according to law enforcement sources

Dimitrios Pagourtzis, 17, has been identified as the suspect in the shooting at Santa Fe High School in Texas. Nine students and a teacher were killed and Pagourtzis is in custody: https://t.co/oVejJYeyig pic.twitter.com/98iZTemLED

Dimitrios Pagourtzis has been identified as the suspect of the Santa Fe high school shooting that left many 10 dead.

An Instagram account with his name was just taken offline. He followed Trump, Melania, Ivanka, the White House and a few gun pages. pic.twitter.com/aWsn8tnZUS