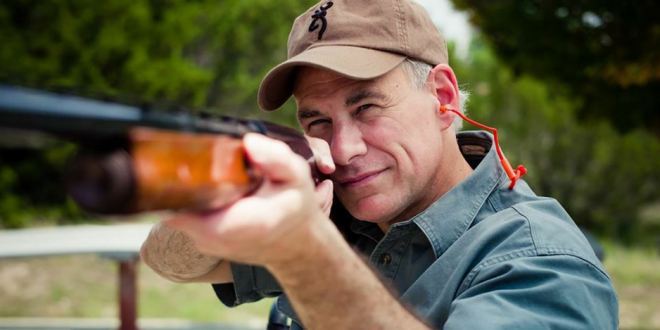 Gov. Greg Abbott on Monday cancelled a shotgun giveaway contest in his re-election campaign amid controversy after a gunman killed 10 people and injured 10 others at a high school south of Houston. Campaign officials said the giveaway has been changed to a $250 gift card redeemable for any kind of merchandise, not the $250 gift certificate redeemable for a Texas-made shotgun at a licensed gun dealer in Central Texas. The gunman used a Remington 870 shotgun and a .38-caliber pistol in the attack Friday at Santa Fe High School, authorities said.

Abbott only canceled the contest after a social media uproar this weekend when his campaigners distributed promotional door-hangers in Austin.

Previous NRA Offers Thoughts And Prayers For Victims Because “Taking God Out Of Our Culture Is Partly To Blame”
Next LIVE VIDEO: Naval Academy Cadets Climb Obelisk