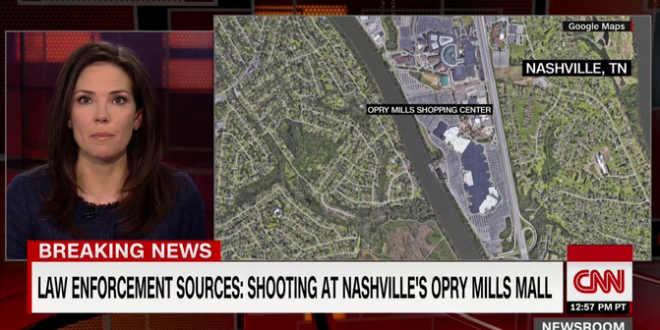 Four people have been shot inside Opry Mills Mall, according to police. Police said one shooter is in custody and the search continues for the second shooter. Metro Police are responding to multiple calls of shots fired at the Opry Mills Mall. Police are blocking traffic from entering the mall area. This story is developing.

A group of shoppers are walking out of Opry Mills. Large police presence outside Mission BBQ/Chuy’s. pic.twitter.com/ZD0cwIyqFc

Our personnel is on scene at Opry Mills Mall. One patient transported to Vanderbilt in Critical Condition. pic.twitter.com/kPHyK2sU11