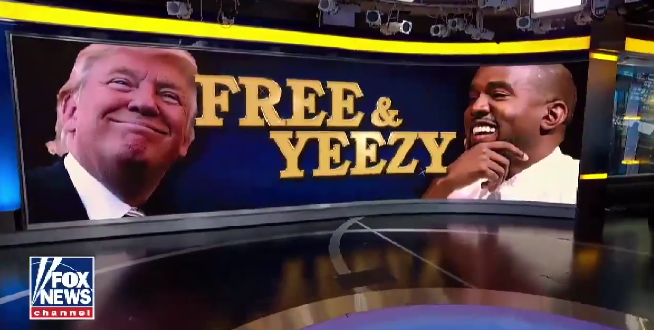 Kanye West appeared on TMZ for a live-streamed meltdown on Tuesday, ranting at the online tabloid’s staffers about his support for President Donald Trump, belief that slavery is “a choice,” and opioid abuse that followed a liposuction procedure.

Brian Kilmeade noted the controversy surrounding West’s slavery remarks, and Steve Doocy quoted his comments that there is a “class war,” in which Barack Obama was too “high class” and stopped “speaking to the middle and lower class.”

“Lives in Hollywood, getting a lot of backlash from the Hollywood folks out there, many people out there, you know liberal they don’t like him,” Ainsley Earhardt added. “So for him to speak up — good for him. He’s tripling down.”

“I just love Trump. That’s my boy!” –Kanye West on why he thinks President Trump won the election pic.twitter.com/YY0htIwWQk