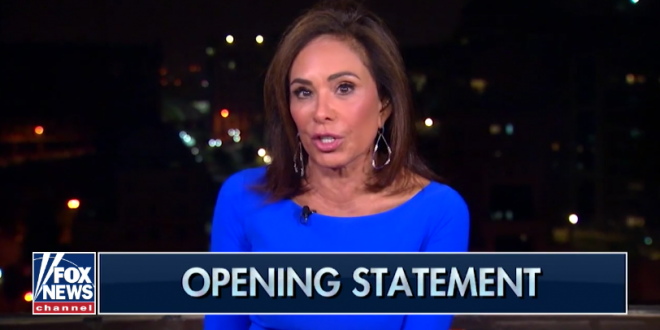 “Donald Trump recognized history, he like King Cyrus before him, fulfilled the biblical prophecy of the God worshipped by Jews, Christians and, yes, Muslims, that Jerusalem is the eternal capital of the Jewish state and that the Jewish people finally deserve a righteous, free and sovereign Israel. Trump has assured the world that his word is worth more than any former U.S. president. His word is more than any treaty and stronger than any UN resolution.” – Jeanine Pirro, speaking on last night’s Fox News show.