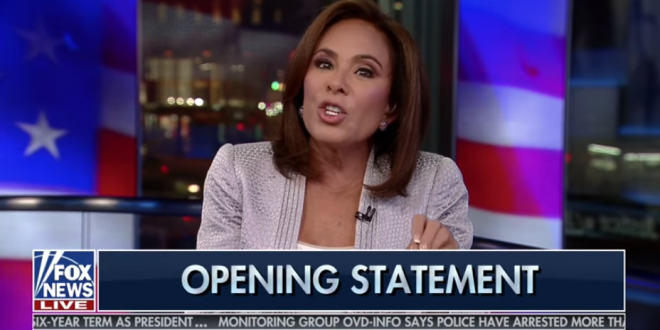 Last night Jeanine Pirro went on an epic rant ripping the Department of Justice and accusing Deputy Attorney General Rod Rosenstein of being part of a conspiracy — one that has long been debunked — that links Hillary Clinton to uranium sales.

“So why does Rosenstein even have so much power? He has irrefutable power,” Pirro opined. “More than the president himself some would say because he convinced a dithering, unsure, insecure, uncertain, spineless, timid attorney general just appointed by the president to back off and renege on his duty to run the Department of Justice.”